If someone takes more than the recommended dosage of a prescription or over-the-counter medication, or a large enough amount of an illicit drug that causes harm to their body, this is known as a drug overdose.

Both adults and children are at risk of overdose, with children most commonly suffering an overdose after ingesting drugs that have not been safely stored and secured.

A drug overdose may be intentional or unintentional and can happen for a number of reasons including a lowered tolerance due to withdrawal, the combination of multiple substances, injected high-risk drugs such as opioids or experiencing suicidal ideation.

Depending on the amount and type of substance ingested, the general physical health of the affected individual and the method of ingestion, a severe overdose has the potential to result in death.

What are the signs and symptoms of a drug overdose?

Recognising that you or someone you know is suffering from a drug overdose could mean the difference between life and death.

Sometimes a person who is experiencing a drug overdose may not be aware of the danger that they are in.

This is due to the fact that many of the symptoms of an overdose may be similar to the expected side effects of certain substances, or because they are heavily under the influence and unable to think clearly.

As a result, it is important to be aware of the signs and symptoms of a drug overdose in order to act quickly and potentially save a life.

Common symptoms of a drug overdose

If you suspect that you or someone you know is experiencing a drug overdose, call 999 immediately and request urgent medical attention.

An overdose can be fatal, and the individual has a higher chance of survival if they receive effective treatment in a prompt and timely manner.

Which factors can increase the risk of a drug overdose?

Although anyone who ingests prescription, over-the-counter and illicit drugs is at risk of a potential overdose, there are certain factors that can increase the chances of experiencing this situation.

Combining two or more substances is associated with an increase in overdose rates, with individuals who reported using a minimum of three types of drugs over a six-month period being over four times more likely to experience an overdose. [1]

Mixing methamphetamine and heroin was thought to be one of the more dangerous combinations.

Even prescription and over-the-counter medications can result in an overdose if the instructions for use are not read and followed correctly.

It is important to be aware of the potential risks and side effects of any medication that you take, and ensure that you are not combining it with other substances that may increase the risk of an overdose.

Studies have shown that injecting substances intravenously is associated with more severe substance use disorders and has a higher probability of overdose, with individuals who injected heroin being five times more likely to experience an overdose and cocaine being three times more likely. [1]

Underlying mental health conditions are thought to increase the risk of experiencing an overdose, as this can raise the chances of suicidal ideation and therefore result in both intentional and unintentional overdose.

According to one study, individuals experiencing psychological distress are more than 10 times likely to overdose. [1]

Another risk factor for overdose is the type of substance ingested, with one study finding that individuals addicted to opioids are 4.8 times more likely to experience an overdose. [1]

Other substances that increase the risk include tranquillisers and stimulants as well as crystal methamphetamine.

Which drugs can cause an overdose?

While overdoses most commonly occur when illicit drugs are ingested, it is also possible to overdose on prescription and over-the-counter drugs if not taken according to medical instructions or with a legitimate prescription.

Many people incorrectly assume that if a substance is able to be prescribed then it is not inherently dangerous, but this belief can result in a fatal overdose.

When substances are injected or snorted rather than swallowed, it can often be difficult to know exactly how much of the drug has been taken.

This method of ingestion can also increase and hasten the effects of this particular substance and potentially raise the risk of overdose. [2]

It is common for many of the substances listed above to be taken in combination with one another, which often leads to an overdose as the body is unable to process the amount and combinations ingested.

Can I die from a drug overdose?

Without prompt medical treatment, a drug overdose can be potentially life-threatening and may even result in death.

There are a number of complications that can occur when an individual’s system is overwhelmed with a particular substance, and many of the symptoms of an overdose can be dangerous in themselves.

If vomiting occurs, it is possible for the individual to choke or aspirate on the vomit if they are not placed in a safe position and closely monitored.

Severe vomiting can also result in dehydration which may cause seizures and other potentially fatal complications.

An overdose can cause the affected individual’s breathing to become slow or irregular, and in some cases, their breathing may stop entirely. This prevents oxygen from getting to the brain and other vital organs, potentially resulting in severe brain damage and organ failure.

Similarly to the above point, an overdose may result in an irregular or weak heartbeat. In severe cases the heart can stop entirely, leading to a cardiac arrest that can be fatal if not treated promptly.

There are certain substances that are more likely to result in death if an overdose occurs, with opioids such as heroin being involved in over 70% of drug overdose deaths in the United States throughout 2019. [3]

While a drug overdose is an extremely dangerous and life-threatening situation it is possible to survive an overdose if the affected individual receives immediate medical attention, particularly if someone else is on hand to provide assistance and call for an ambulance.

What should I do if I suspect someone is overdosing?

It can be a frightening experience to witness someone take an overdose of drugs, but there are a number of steps that you can take to ensure they receive prompt medical attention and potentially help to save their life.

You should never leave someone alone if you suspect that they are overdosing. Remain by their side at all times and call 999, providing as many details to the call handler as possible.

It is important that you inform medical professionals about any drugs or other substances that the individual has ingested, even if they are illegal.

The medics will be focused on saving their life and will not be concerned about the legalities of their behaviour.

If the individual has fallen unconscious you should position them on their side. This lowers the risk of choking if they happen to vomit while passed out.

If they are still conscious, do not encourage them to consume food or drink and avoid placing them in the shower. These methods will not assist in preventing complications and could potentially make the situation worse.

If an overdose occurs within a group of people, do not assume that someone else will call an ambulance.

Many people fear retribution from the police if they are found to be associated with drug-taking and may be hesitant to seek help, so always call 999 yourself and remain with the affected individual.

As an overdose occurs when an individual ingests too much of a particular substance and overwhelms the body, it is not necessarily a sign of addiction.

The majority of overdoses are accidental, and even prescription medication can cause an overdose if not taken according to specific medical instructions.

However, addiction can increase the chances of experiencing an overdose simply because the individual will likely be ingesting substances on a regular basis, resulting in a higher probability that an overdose will eventually occur.

Anyone with a severe or long-lasting addiction is likely to develop a tolerance to a particular substance and may suffer withdrawal symptoms if they are suddenly unable to ingest the drug.

As a result, their tolerance can quickly diminish, resulting in a potential overdose if they suddenly attempt to ingest their usual amount again. In these instances, the overdose can be seen as a consequence of their addiction. [4] 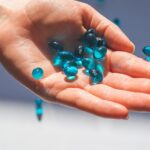 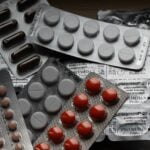 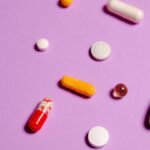