A dual diagnosis is where a mental health condition, such as Obsessive-Compulsive Disorder co-exists alongside an addiction. For people living with these issues, it’s very distressing. Both illnesses affect the mind and body in negative ways.

With so many aspects of mental and physical health at play, it’s essential that treatment is sought in order for the most effective healing to begin. Recovery from both alcoholism and OCD is possible.

Obsessive-Compulsive Disorder (OCD) is where a person’s fears take over and begin to control their lives. The fears create obsessive thoughts that instigate compulsive habits.

In general society, people often say they have OCD around certain behaviours, such as washing hands or checking a door is locked. This type of habit is far from what a real diagnosis of OCD looks like.

OCD exists where a person is unable to do anything else before the compulsive behaviour is carried out. The reason for this is linked to the fears and intrusive thoughts which lead to obsessions, which go on to cause impulses.

This is a serious mental health condition that comes with high levels of anxiety. Sufferers will know that their thoughts are irrational but be unable to control the compulsive reactions.

Common forms of OCD often focus on the following:

OCD can develop after an extremely upsetting event such as the unexpected loss of a loved one.

What is alcohol addiction?

Alcohol is a toxic substance that with prolonged and regular use can physically change the structure of the brain. Not only this, it changes how the brain and thyroid work meaning that all the natural chemicals and hormones needed to regulate mood are upset.

A common theme between OCD and alcohol misuse

It’s clear that there is a similarity between OCD and alcoholism, both come with a compulsive urge and associated behaviours that are linked to how the brain functions.

Neurological pathways are formed when a thought or behaviour is repeated. This means that when a triggering event occurs, a person will instinctively follow the familiar path of behaviour connected to it.

When a person sees a particular friend who they associate with drinking, this can be a trigger that leads to the two people drinking together.

For a person with OCD, they might experience an intrusive thought about germs which triggers the compulsion to avoid touching things and the urge to wash their hands a particular amount of times.

For either condition, it can be extremely difficult and for many, near impossible to change these neurological pathways when they try to do so alone. There is also an increased risk of suicide in people who have both conditions.

It’s only natural, then, that there are psychological treatments designed especially to address these types of mental health problems both separately and together.

Where alcoholism and OCD exist together, it’s better for a person to be treated for both at the same time as this improves outcomes.(1)

How does alcohol influence OCD?

Alcohol is a hugely powerful substance. As such it impacts people seriously who don’t have mental health problems if they drink a lot. For those who have pre-existing mental health conditions, alcohol creates especially negative consequences.

Alcohol exacerbates OCD.(1) In the first instance, alcohol might be seen to reduce the impact of OCD by dulling the senses. Drinking can be misleading to the person living with OCD as it makes the usual obsessive thoughtless powerful. It can distract a person from uncontrolled thoughts.

For this reason, alcohol is commonly used in order to self-medicate around the symptoms of OCD. In the long run, however, alcohol makes OCD worse. Hangovers often bring feelings of guilt and shame.

The fluctuations of natural chemicals in the body that help regulate mood become depleted and this can go on to make intrusive thoughts and compulsive behaviours worse. Along with this, alcohol addiction can develop.

Can you be treated for OCD and alcohol misuse?

There are private rehab options throughout Britain for people living with a dual diagnosis of OCD and alcohol disorder. With so many options it can be confusing knowing which is the most suitable option. A call to OK Rehab can support you towards the most appropriate programme for your specific needs.

For those with OCD, entering a clinic for a residential stay might feel overwhelming. With new external stimuli, this can become difficult to manage and process. This can make it hard to be open to therapy.

Also, when a person’s routine is changed it can prevent them from being able to carry out OCD-related rituals. These factors can make approaching rehab very challenging to navigate.

This is why it’s essential that a programme designed especially to treat a dual diagnosis of both the OCD and drink problem is crucial.

It’s worth noting that private clinics have a medical team in-house. There are medications that can be prescribed by doctors to treat symptoms of anxiety and OCD, as well as alcohol dependency. When the physical aspect of treatment is underway, the psychological aspect begins.

A wide range of therapies ensures that thought processes are considered and techniques are introduced to provide patients with tools to begin to take back control of their lives.

Protective factors for a person living with OCD and alcohol misuse

There are particular factors that support a person with OCD and alcohol misuse to have healthier outcomes. Both conditions can commonly result in a person becoming isolated and cut off from others. Suicidal ideation is more likely to occur. This is why the social aspect of a person’s life is incredibly important.

A social support network might seem difficult to build up, especially when the illnesses have existed for a long time, but they have very positive effects. Attending 12 Step groups can be especially helpful in this regard as the emphasis is on connecting to people and developing a web of support around each other.

Alongside this, it’s healthy for family and friends of the person who is mentally unwell to access support. This is beneficial for them in being able to cope as well as in order to create healthy relationships with the person they love.

It can be extremely challenging for people living with OCD and alcohol use disorder. Both conditions come with their own set of uncontrolled thoughts and compulsive behaviours.

Although alcohol might be used to combat the symptoms of OCD, actually it results in making OCD symptoms more difficult to face and manage in the long run.

Treatment for the two is most successful where a programme for dual diagnosis is implemented. It’s beneficial for both illnesses to be addressed alongside each other in order to achieve sustainable outcomes.

There are rehab clinics throughout the UK that treat both conditions. You can find out all about these local centres and their programmes by contacting OK Rehab.  If you’re ready to take the first step towards recovery, our advisors will be happy to lead you through a pre-assessment and then handle your referral to the most suitable recovery programme. 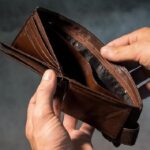 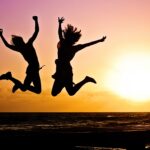