Addiction in the Elderly

Addiction in the Elderly

Many people view substance use and addiction as a disorder that primarily affects young people, but elderly people maybe even more vulnerable to developing a physical or psychological dependency.

A large number of older people are overprescribed medications in order to treat chronic pain or ongoing depression and anxiety, leading to increased rates of addiction in the elderly population. A percentage of this group also drinks more than the recommended amount of alcohol on a regular basis.

As many of the symptoms of addiction are similar to those of ageing, many older people are being overlooked and as a result, are not receiving the help and support that they need.

What are the causes of addiction in the elderly?

While any individual of any age can become addicted to a specific substance or medication, there are a number of unique factors that can lead to addiction within the elderly population with the most common being the overprescription of medications such as opioids and benzodiazepines to this age group.

Common causes of addiction in the elderly include:

While experiencing any of the above life events will not necessarily cause an older person to become addicted to medication or other substances, it can certainly increase their chances of developing a physical or psychological dependency.

Which substances are elderly people most likely to become addicted to?

Although elderly people can become dependent on any addictive substance, much like the remainder of the population, there are certain medications and substances that pose a greater risk to this age group.

Due to the health conditions that often develop as we age, many older people find themselves requiring specific medications in order to alleviate pain or treat anxiety and depression. In fact, one study found that 37% of men and 36% of women aged 57 to 85 years were prescribed at least five medications at once. [1]

As many of these substances are potentially addictive, this can increase the chances of a dependency forming.

As we age, we are more likely to develop chronic health conditions that cause pain on a daily basis. For this reason, elderly people are more likely to be prescribed opioid-based medication, which helps to alleviate many common symptoms and relieve persistent pain.

However long-term opioid use increases the risk of addiction and dependency and there is a concern that the elderly population is being overprescribed opioid medications, leading to an increase in cases of addiction.

It is not uncommon for older people to misuse these substances, either knowingly or unknowingly.

A number of elderly people are also using opioid medications non-medically, with one study reporting that 1.4% of adults over 50 years obtained and used these substances without a prescription.

Even more worryingly, another study found the proportional rate of older adults using heroin more than doubled between 2013-2015. [2]

If used on a long-term basis, benzodiazepines can become physically and psychologically addictive and older people are much more vulnerable to the potentially damaging side effects of this medication.

They can cause dizziness resulting in an increased risk of falls and fractures, memory and cognitive problems potentially associated with dementia and increased feelings of tiredness and fatigue.

Cannabis is often touted as a natural pain reliever with a number of supposed benefits, leading many older people to turn to this substance in order to alleviate chronic and persistent pain.

While the Food and Drug Administration (FDA) has not approved cannabis as a medication, some studies have shown that it could potentially be effective at treating pain, depression and sleep problems.

In some countries, cannabis is prescribed to the elderly population by medical professionals with around 25% of people aged 65 years or older in the US who currently use cannabis reporting that they had been recommended this substance by a doctor. [2]

However, cannabis comes with a number of potential side effects including an increased risk of addiction, respiratory conditions and cardiovascular risks, all of which are particularly detrimental to older people who could potentially become seriously unwell due to these effects.

As one of the most commonly used substances in the world, alcohol poses a danger to the elderly population with the misuse of this drug contributing to high rates of diabetes, heart disease and liver problems.

The mortality rates in the UK for alcohol-related deaths are highest in women aged 60-64 years and men aged 55-59 years, with one US study showing that over 10% of adults aged 65 and over admit to binge drinking on a regular basis. [3]

Alcohol is a highly addictive substance that can cause a number of long-term physicals, psychological and emotional side effects as well as contributing to accidents and falls within the elderly population.

What are the dangers of addiction in the elderly?

Addiction poses a number of dangers to the elderly population, including an increased risk of accident or injury and a wide range of physical and mental health problems.

As mentioned above, mortality rates for older people in regards to substance use are higher than the general population meaning that a safeguarding approach needs to be taken to ensure older people remain free from addiction and dependency.

Below are some of the most common dangers of addiction in the elderly:

Older people are less able to effectively absorb, filter or metabolise certain medications and substances as the body begins to slow down over the years. They also have an increased sensitivity to these substances, particularly within the brain, so even a low dose can be dangerous.

2. Risk of accidents and injury

Certain medications such as benzodiazepines as well as other substances such as alcohol can cause dizziness and impaired coordination. This can result in an increased risk of falling over, fracturing a bone or being involved in a vehicle accident.

As elderly people are often prescribed multiple medications at once, the risk of overdose is increased particularly if they are not informed of the dangers involved in combining medications. If the person is obtaining prescriptions from multiple doctors due to an addiction, the risk becomes even higher.

The long-term effects of addiction can impact people at any age, but the risks are increased within the elderly population as the body is often weaker and more brittle. These effects include respiratory problems, heart conditions, liver failure and a higher risk of dementia, all of which can affect their quality of life and physical health.

What are the signs and symptoms of addiction in the elderly?

It can often be difficult to spot the signs of addiction in an elderly person, as the majority of the most visible symptoms are also common symptoms of ageing.

While many people will naturally begin to physically and mentally deteriorate as they become older, a substance addiction may also be contributing to a rapid decline in health and wellbeing.

A key sign of addiction is the need for multiple prescriptions, either through ‘losses’ or simply due to the elderly person visiting multiple doctors.

If you have concerns about someone in your life, take a look inside their medicine cabinet and see if you can spot duplicate medications that have been prescribed by more than one doctor.

Common symptoms of addiction in the elderly:

If you know an elderly person who is exhibiting a number of the above symptoms, it is recommended that you seek medical advice as soon as possible.

They may be struggling with substance addiction and require professional help in order to recover, as attempting to stop using alcohol and certain medications can be dangerous or even life-threatening without supervision.

How to treat addiction in the elderly

The most effective way to treat addiction in the elderly is for the affected individual to enter professional treatment, either in a rehabilitation centre as an inpatient or a treatment programme as an outpatient.

Studies have shown that older people in particular benefit from longer treatment programmes and ongoing care, as well as a holistic approach that combines community-building and treatment of co-occurring conditions alongside addiction recovery.

We have helped many elderly people and their families to recover from addiction – it’s never too late in life to seek help. Contact our friendly team at OK Rehab today for guidance, advice and support as you take the first steps towards recovery. 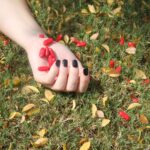