One of the more recent addictions to emerge from the 21st century, computer game addiction is defined as the compulsion to continue playing video games despite a number of physical, mental and behavioural issues developing as a result of this behaviour.

Studies have shown that computer games can activate the same areas of the brain as illicit substances, particularly when the individual is predisposed to developing an addiction. [1]

It is clear that computer gaming has the potential to cause dependency in certain people, turning an enjoyable hobby into a detrimental addiction with serious mental, physical and behavioural effects.

Computer games are seen by many as simply a harmless hobby or an enjoyable activity to play with friends, and it can be easy to dismiss concerns that a harmful addiction can develop from this behaviour.

However, one study found that while 90% of players do not play in a way that would constitute an addiction, 10% of people that play computer games do so compulsively, resulting in mental harm and a number of detrimental effects. [2]

The World Health Organisation have officially classified ‘gaming disorder’ as an addiction, specifically a behavioural addiction. The criteria is not based on how many hours an individual spends playing a computer game – instead, it refers to the inability to stop playing despite negative consequences arising from the behaviour. [1]

What causes a computer game addiction?

While the majority of people who play computer games do not develop an addiction, a small but significant minority of the community display compulsive behaviours around this activity.

More research is needed to determine exactly what can cause an addiction to gaming, as there is currently no accurate method of prediction. However, a number of factors have been identified that are thought to predispose an individual to a computer game addiction.

Potential causes of a computer game addiction include:

If you are concerned that you or someone you care about is at risk of developing a computer game addiction, get in touch with our team at OK Rehab today – we can provide advice and guidance to ensure you receive the help that you need.

What are some of the most addictive computer games?

Not every computer game is designed to be addictive, but many have the ability to tap into very specific areas of our brain in order to encourage us to spend more time on the game or part with our hard-earned money in order to advance further.

Some games are more addictive than others – below are a handful of computer games that are thought to be the key players in computer game addiction.

While many people believe that computer game addiction primarily affects children and teenagers, a number of adults are also struggling with this disorder.

Divorce Online reports that around 5% of divorce applications in the UK within a nine-month period listed Fortnite as one of the primary reasons, revealing that many relationships are struggling due to the addictive nature of this game. [3]

A team-based online game, League of Legends can be addictive due to the social aspect of this online activity. It encourages community and team-building, with each player taking on an active role that benefits the team in some way.

If an individual struggles socially outside of the game, they may be more inclined to spend more time playing League of Legends and creating an online life that distracts from the struggles of the real world.

Similarly to League of Legends, the addictive call of World of Warcraft stems from the social name of this game. Many people who become addicted to League of Legends live an extremely isolated and stressful life out in the real world, and the game may serve as a form of escapism.

Players can become anyone they choose, with the ability to customise their physical appearance and personality traits. They may become popular in the online world, unlike their real life, and as a result, may prefer to live their life within the game.

First-person shooters are thought to tap into some of our most basic hunting instincts, and Call of Duty is no exception. The increased adrenaline produced by the body while playing this game is thought to contribute to the addictive nature of Call of Duty, and many people find themselves playing for hours due to the mental stimulation provided.

Some people think that games such as Call of Duty provoke feelings of violence in players seen outside the game, but this is yet to be proven.

Many mobile games such as Candy Crush are specifically designed to hook the player and encourage them to spend money. The clever use of bright colours, cheerful music and a built-in gambling aspect can lead people can spend hours on the game without realising.

In fact, the developer admitted in 2019 that 9.2 million people spend at least three hours per day playing Candy Crush, and that one player spent $2600 on the game in less than 24 hours.

What are the signs and symptoms of a computer game addiction?

It can be difficult to distinguish a computer game addiction from genuine love and enthusiasm for this popular activity. Simply spending many hours playing computer games does not necessarily constitute an addiction – instead, the compulsiveness of the activity and the negative consequences that stem from it are a far better indication of dependency.

Common signs and symptoms of a computer game addiction include:

What are the long-term effects of a computer game addiction?

Many people play video games and suffer no ill effects. However, a computer game addiction can result in a number of physical, mental and behavioural long-term effects that can be extremely detrimental to an individual’s present life as well as their future prospects.

Potential long-term effects of a computer game addiction include:

How to prevent a computer game addiction

It is possible to enjoy computer games without developing an addiction, and there are many ways to participate in the online world while still continuing to build a healthy and fulfilling life.

Sticking to self-imposed time limits can prevent you from getting uncontrollably sucked into the online world. You can decide to only play for an hour a day or to confine your game-playing to only the period of time between finishing work and eating dinner.

It can be helpful to ask a friend, parent or partner to help you to stick to these limits as a way to hold yourself accountable.

2. Remove consoles and games from the bedroom

The accessibility of computer games can play a major role in addiction, as it is only too easy to compulsively pick up the controller when it is nearby. Keeping a games console or computer in the bedroom can lead to sleep problems as there is no physical distance between the online world and your bed, leading many people to continue playing long into the night.

Certain games are designed to be more addictive than others. If you find yourself compulsively spending money on mobile or online games, considering purchasing a game that contains no microtransactions.

Older games are often thought to be less addictive than their modern counterparts, as the online and social aspects are completely removed. Try to discover what it is about video games that cause you to become fixated, and work to source alternatives that you are able to switch off from.

4. Focus on real-life relationships and hobbies

Many people become addicted to video games due to dissatisfaction with their regular lives. Focusing on building real-life relationships and developing fulfilling hobbies can decrease the desire to escape into a computer game, and you may find that you become too busy to play as frequently as you once did. 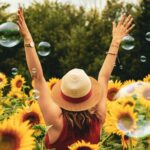 Enhancing Your Physical and Mental Health Once addiction takes hold of your life, it will most often have severely damaging effects on your mind and body. The list of health consequences is long and intense, ranging from ill mental health, high blood pressure, stroke, heart failure, pancreatitis, and cancer, to name but a few. [i] […] 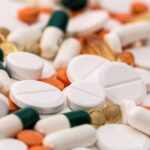 Polydrug use involves using two or more different types of substances at once, which can amplify their effects and lead to a longer, stronger or altered high. This practise is extremely dangerous and carries a high risk of overdose as well as numerous detrimental effects to the body and brain. [1] Alcohol, prescription medication and […]