The Short and Long-Term Effects of Cocaine on the Body

The Short and Long-Term Effects of Cocaine on the Body

The use of cocaine can cause a number of physical and mental health problems, whether you are a heavy and frequent user or merely dabble with this substance on a social basis.

Insomnia, brain damage and heart problems are just a handful of the detrimental effects that cocaine can have on the body in both the short and long term, and it’s important to be aware of the facts if you or someone you know is using this substance.

Cocaine is a powerful stimulant drug that is commonly smoked, snorted, injected or rubbed on the gums. It is extremely addictive due to the rush of dopamine and serotonin that it produces, causing temporary feelings of euphoria and confidence. [1]

Illegal street cocaine is usually sold in a white powder form, which may be mixed with other substances such as talcum powder and flour in order to add bulk. It is illegal to use, possess, manufacture or supply cocaine in the UK.

What are the short-term effects of cocaine on the body?

Many people use cocaine in social situations and do not think of themselves as addicted or dependent on this substance.

However, cocaine can have noticeable effects on the body after just a handful of uses and could potentially lead to long-term health issues even if the individual continues to use it merely within a social setting.

Some of the short-term effects of cocaine on the body include:

Cocaine has the ability to disrupt sleep patterns, causing many people to believe they require very little sleep. This can potentially lead to extreme sleep deprivation and an increased chance of relapse due to a negative impact on decision-making skills.

This stimulant also interferes with our body’s natural circadian rhythm, the internal clock that lets us know when we should sleep and when we should wake. As a result, users of cocaine often struggle to fall asleep and experience long periods of wakefulness even when their body is crying out for sleep.

It is common for excessive use of cocaine to result in constricted blood vessels and therefore high blood pressure, as this substance causes the body to produce an increase in chemicals such as dopamine and serotonin.

The release of these chemicals is what causes the blood vessels to contract, and therefore blood pressure rises as the body has to work harder to pump blood through the smaller vessels. Over time, high blood pressure can lead to heart disease, heart attacks and strokes. [2]

As cocaine affects the gastrointestinal system it can cause nausea and vomiting in as little as a few hours after use.

More research is needed to determine exactly why this occurs, but some studies have shown that this substance overstimulates the nervous system and also prevents the stomach from emptying properly, potentially causing feelings of nausea and eventually vomiting. [3]

What are the long-term effects of cocaine on the body?

When used over a long period of time, cocaine can have a severely detrimental effect on a person’s physical and mental health. Far from a fun party drug, cocaine has the ability to cause permanent brain damage and the physical collapse of the nose as well as a myriad of other problems.

Some of the long-term effects of cocaine on the body include:

Many people turn to cocaine as a form of weight loss as it has been shown to suppress appetite and lead to a lack of interest in food. However, this can quickly lead to malnutrition which may cause a number of physical and mental health problems.

As cocaine is a stimulant, people who take this substance will often feel energised and require little sleep. This can lead to frequent bouts of activity and therefore larger amounts of calories are burned within a 24 hour period, causing noticeable weight loss.

Cocaine has also been proven to affect the metabolism, preventing the body from storing fat and causing the individual to appear thin and gaunt. [3]

As cocaine is a stimulant, it can overexcite the brain and lead to racing thoughts that may cause extreme anxiety and paranoia. Even after the high has ended, these sensations may still remain and some studies have investigated whether cocaine use can act as a trigger for long-term mental health problems.

Many people also find that the ‘come down’ from a cocaine high can also result in lasting feelings of anxiety and depression that continue for a number of days.

Attempting to numb these feelings by increasingly taking cocaine on a more frequent basis can quickly spiral into addiction.

Cocaine is commonly ingested by rubbing the substance directly onto the gums, potentially causing lesions and eroding the teeth and gums over time. This substance can also cause xerostomia, an excessively dry mouth, which also contributes to tooth decay.

Frequently grinding the teeth is also associated with cocaine use, and this can wear away the teeth particularly when it becomes a habit that occurs during both the day and night even without the presence of cocaine. It is also common for individuals dealing with substance addiction to avoiding seeking regular dental care and taking the steps required to maintain oral hygiene.

Repeated use of cocaine over a long period of time can result in extensive damage to both the internal and external appearance of the nose. It can reduce blood flow and injure the lining of the nose, potentially leading to a deviated or perforated septum.

In some cases the hard palate can be damaged, resulting in holes on the roof of the mouth. Eventually, the septum may become so damaged that the nose begins to collapse, leading to a shorter and flatter appearance.

Heart disease is the most common cause of death in people who regularly use cocaine, and this substance is responsible for causing various forms of damage to one of our most crucial organs.

As mentioned above, cocaine can increase blood pressure immediately after ingestion. However, this high blood pressure can become permanent over time, raising the risk of heart attacks and strokes. People who use cocaine long-term are also more susceptible to blood clots and an irregular heartbeat, both of which can be fatal if not properly managed.

When cocaine is frequently snorted it can cause severe respiratory problems over time including a higher risk of nasal and infections and damage to the nasal passages.

7. Damage to the brain

As cocaine constricts the blood vessels and increases blood pressure, the amount of oxygen delivered to the brain is often noticeably reduced and may result in various forms of brain damage.

It is possible for the brain to physically shrink as a result of cocaine use or potentially become inflamed due to infection. People who take cocaine on a long-term basis are at a higher risk of suffering from strokes, seizures and tremors as well as damage to the parts of the brain that control decision-making and memory.

What other effects does cocaine use have?

As well as numerous short and long-term health effects, cocaine can also have a negative impact on many aspects of your life even if you continue to use this substance on a social basis.

Common effects of cocaine use include:

Choosing to stop using cocaine can feel intimidating and overwhelming, particularly if you have developed a physical or psychological addiction to this substance.

However, it is possible to change your behaviour and mindset around cocaine and reverse many of the negative effects, gaining control over your life and moving forward with your recovery.

How can I recover from a cocaine addiction?

The first stage of recovery from cocaine addiction is to undergo complete detoxification, during which every trace of cocaine is cleansed from the body over a period of time.

This stage can cause a number of withdrawal symptoms which can often be managed with prescribed medication.

Along with physical detoxification, it’s recommended that people dealing with a cocaine addiction should seek psychological treatment in the form of counselling.

This may involve Cognitive Behavioural Therapy (CBT) in which the therapist and patient work together to develop strategies for the prevention of future relapse and ways to avoid potential triggers, while Contingency Management therapy rewards patients with money or vouchers as prizes for producing a negative drug test.

Get in touch with us at OK Rehab today to discuss your treatment options and start your recovery journey with the help of our supportive and non-judgmental team. 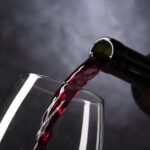