In this article, we will discuss everything you need to know about Marijuana including the effects it can have on users and how to tell if someone has been using the substance. 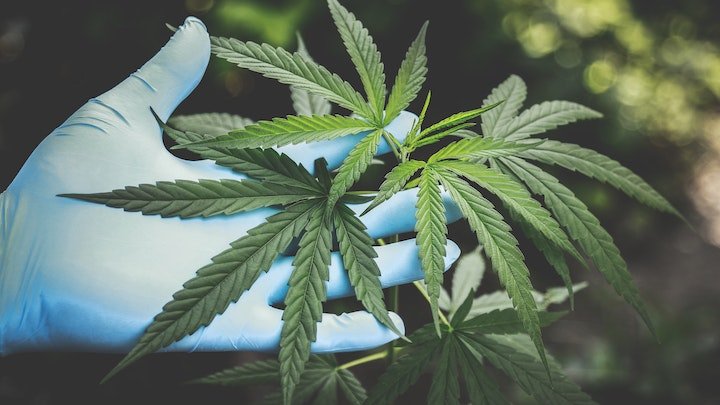 Many people also use marijuana to combat certain medical conditions such as cataracts, seizures, and arthritic pain, however, scientific studies on the medicinal benefits of marijuana are in short supply.

The latest figures show that cannabis continues to be the most widely used drug in England and Wales with 18.7% of 16-24-year-olds admitting to having used marijuana in the previous year (1). There are a few signs and side effects of weed to look out for that will discuss in this article.

The Effects of Marijuana 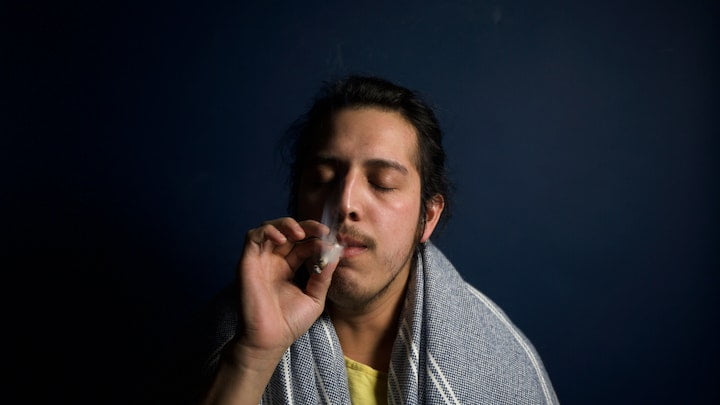 Marijuana is known to produce a happy and giddy feeling in its users; however, this is not the case for everyone.

While these effects most commonly occur when the potency of the substance is particularly high or the person is inexperienced in using the substance, marijuana can produce these negative effects in anyone at any time. These are called side effects of weed and are the effects that the user did not intend when taking the drug.

How Does Marijuana Affect the Brain? 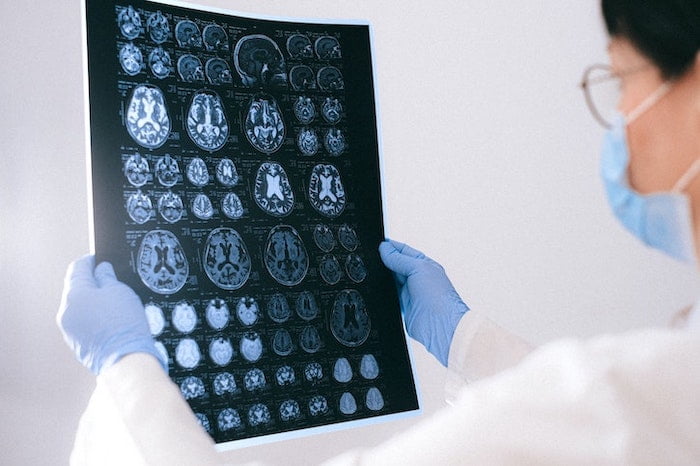 The THC in marijuana binds to the cannabinoid receptors in the brain. Once this has happened, the THC sends signals to the brain to slow down its communications with the body – this is why someone high is generally quite slow and seems relaxed.

As well as this, THC triggers the reward system in the brain. This means that when you use marijuana, your brain will release dopamine and you will associate the substance with a fun or pleasant experience. This is how addiction begins.

Studies show that using marijuana in adolescence can cause memory issues later in life, while other studies show a correlation between marijuana use and a lower IQ (2).

Signs Someone Is High 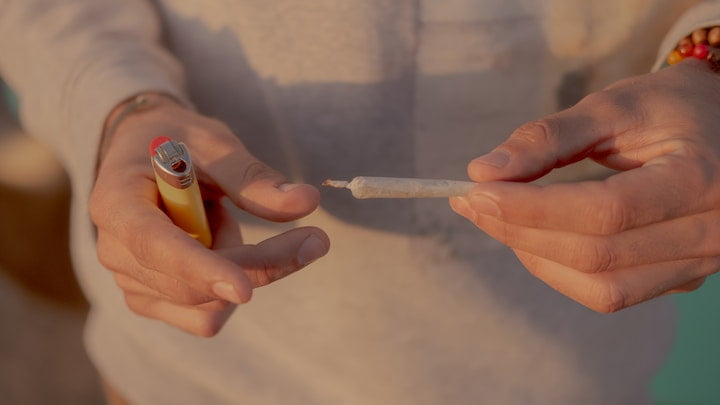 As previously stated, marijuana works differently in different people and some people may react differently to others. However, there are some universal giveaway signs that someone has recently consumed weed.

The most common signs that someone is high are:

The smell of weed can differ between different strains however, the overall aroma of the substance is earthy and musky. If you do not know what weed smells like but continually smell an earthy/skunky odour from someone, what you are smelling is likely weed.

Many people consume marijuana and can go about their day-to-day activities with little to no issues. However, the effects may be more obvious in others. The signs and sid-effects of weed can present differently in every person.

If you are worried that someone you know may be using marijuana, it is a good idea to gently approach them about their substance use and ask if they need help.

How Long Does the High Last? 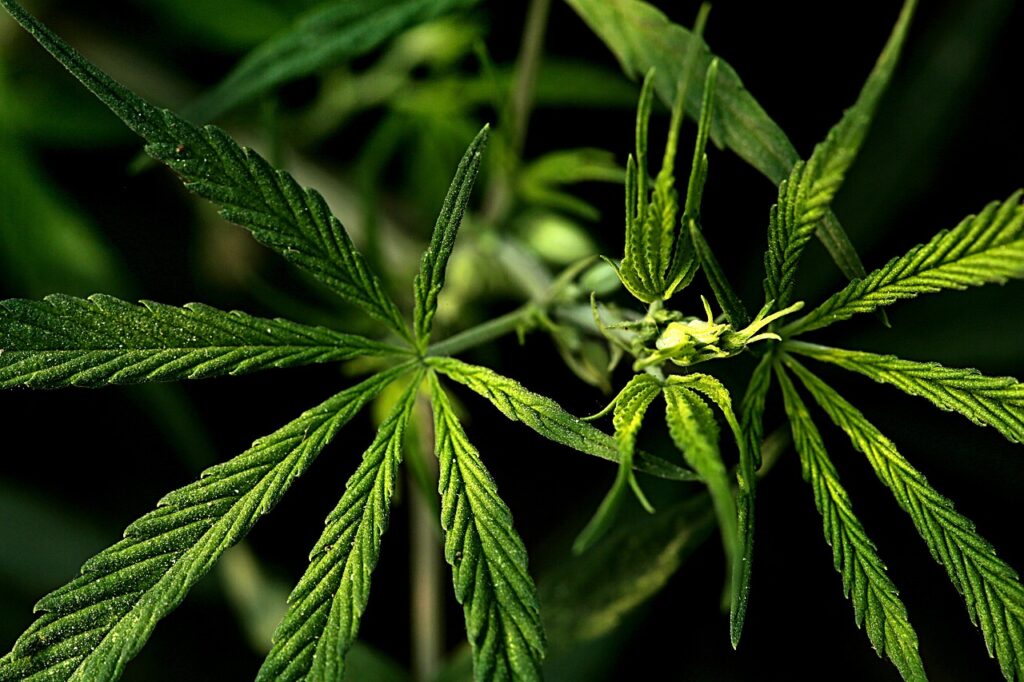 The length of the will depend on several factors such as how potent the marijuana was, how it was administered and the level of tolerance the person using it has already built up.

Generally, a marijuana high can last up to several hours, however, traces of marijuana can be detected in your system for up to 90 days after it was last used.

Methods to Use Marijuana 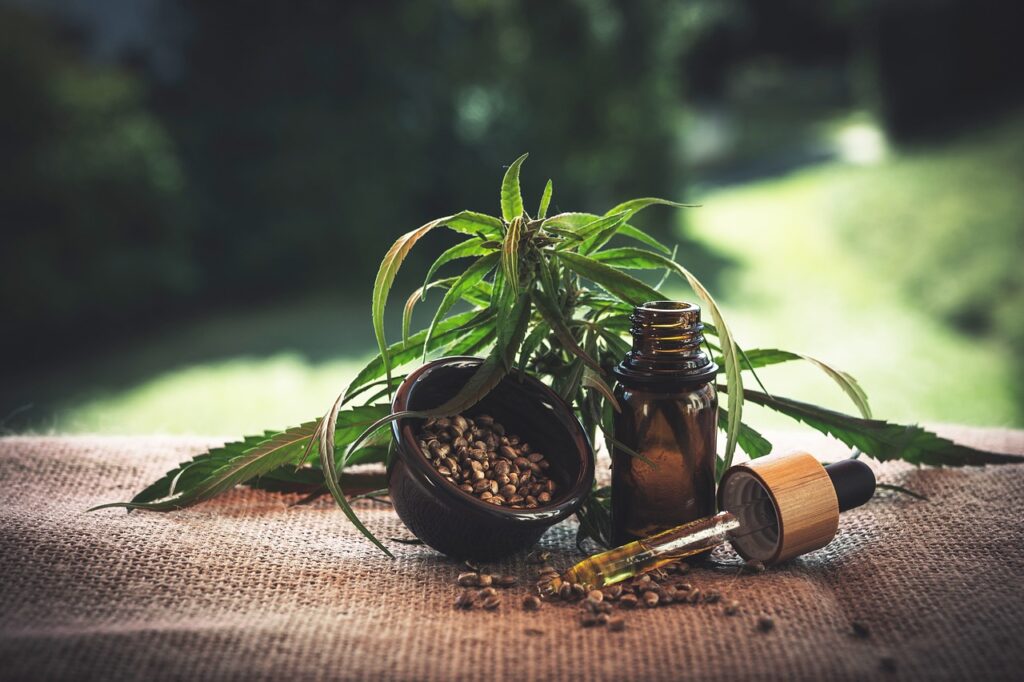 There are various ways to use marijuana and different people will generally go with the method they prefer; some people may use more than one method to administer the substance. The signs and side effects of weed will be the same or very similar for any method of administration.

The most common way to use marijuana is to smoke it in what is known as a spliff or a joint. It can also be smoked through a bong.

Many people eat it in the form of edibles such as gummies or brownies while some people prefer to drink it in tea.

It can also be used in a vaporiser.

Marijuana Paranoia: Why It Happens and How to Handle It 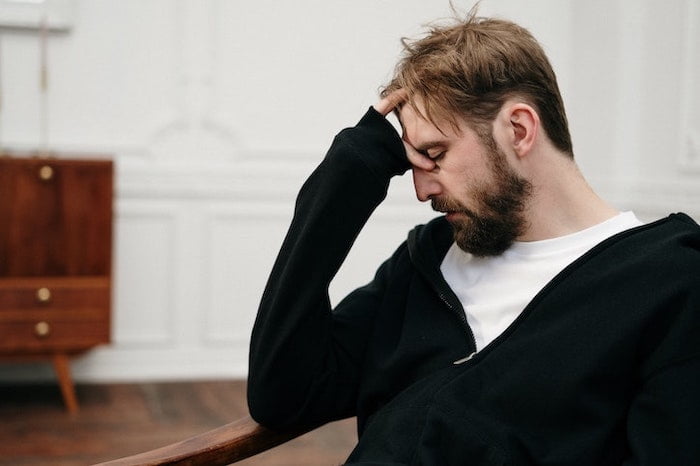 A study conducted by Oxford University shows that people experiencing paranoia from smoking marijuana generally feel anxious and unsettled in their day-to-day lives. The study also shows that low self-esteem also contributed to feelings of paranoia after consuming marijuana (3). This is one of the long-term side effects of weed.

This is thought to be caused by a shift in perceptions which would be unsettling at any point but heightened while under the influence of an illegal substance.

What it Feels Like to be High on Marijuana 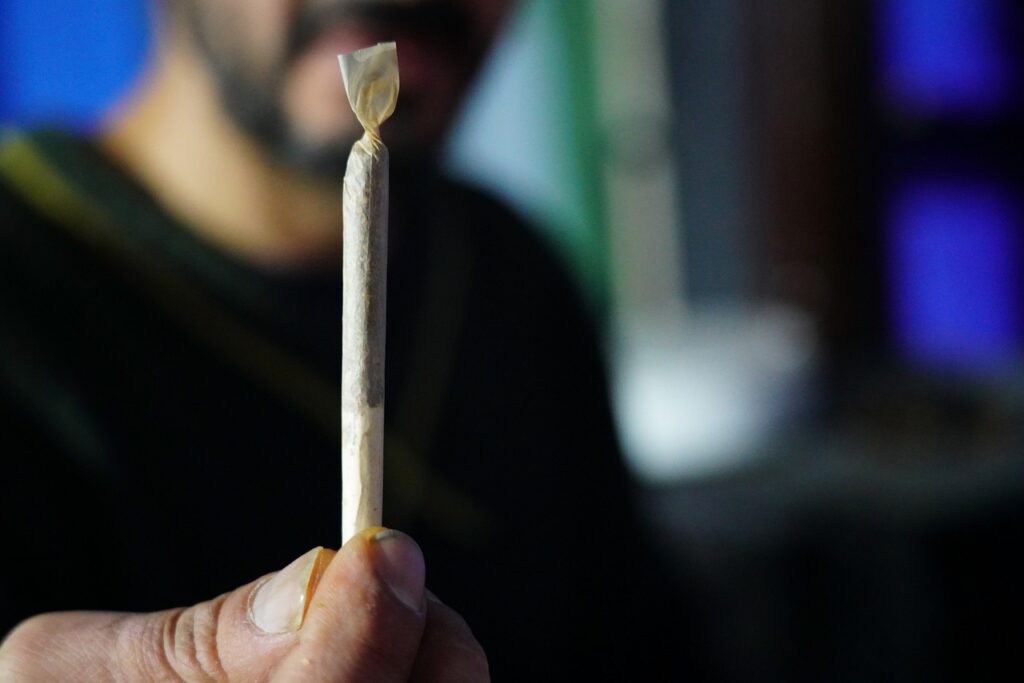 If you have never tried marijuana before, you may be curious as to what it feels like to be high on the substance.

As mentioned above, the effects of marijuana can vary greatly between each person, and there is no way to tell in advance how you are going to react when you take it.

The effects of marijuana are also different if it is taken alone or with other substances such as alcohol.

Many people have noted feeling different effects of marijuana depending on the company they are in – for example, they feel relaxed when they are with people they trust and anxious when they take it around people they are more uncomfortable around.

Some of the most talked-about effects of marijuana are:

However, the effects of marijuana are not always this pleasant.

Other common feelings associated with being high on marijuana are:

While the negative effects are commonly associated with very potent strains of marijuana or inexperienced users, they can also affect any person at any time no matter how experienced they are in using marijuana. 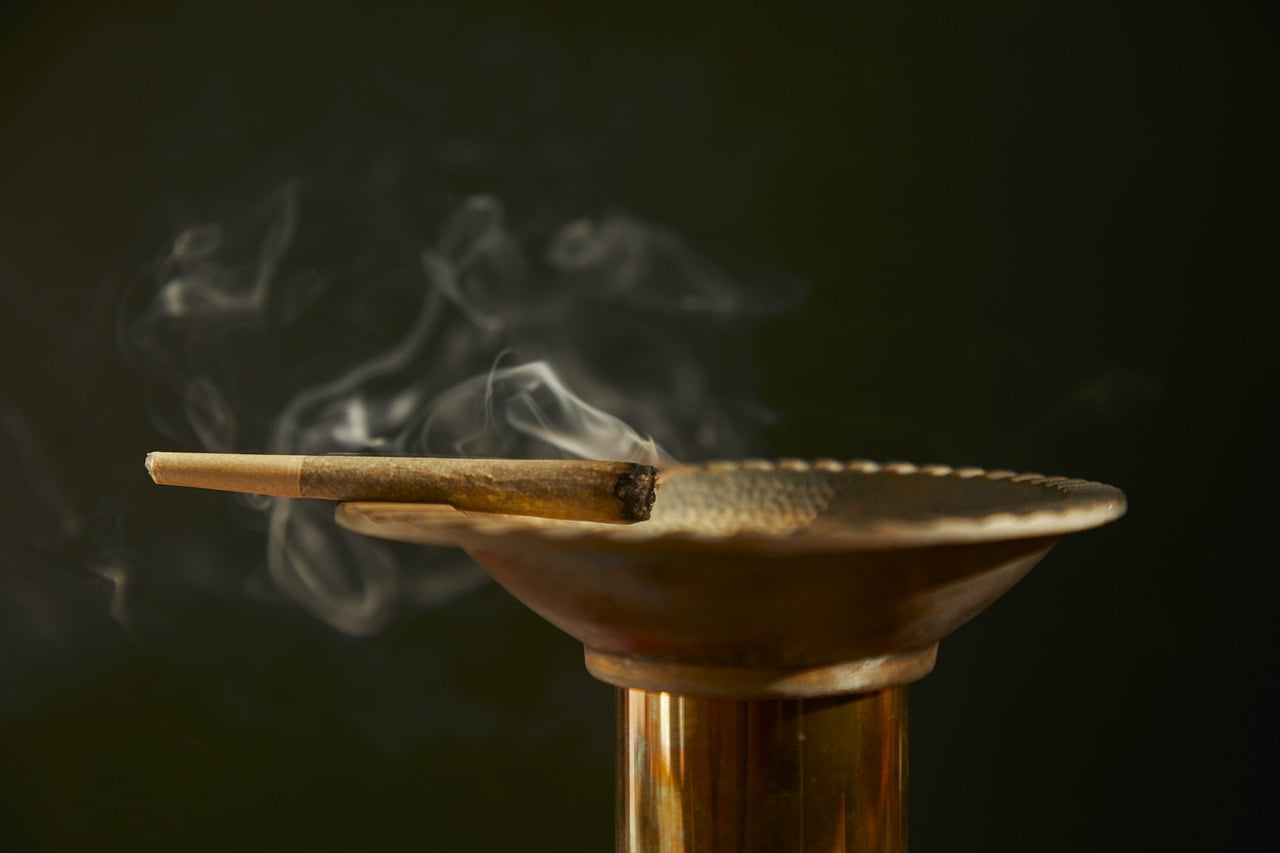 When you inhale marijuana, you can expect to feel the effects of the substance almost immediately. These effects can last several hours but you will be most ‘high’ for the first 30 minutes.

It takes a little longer to feel the effects of marijuana when you ingest it – sometimes up to 4 hours. This is because the chemical THC has to make its way from your stomach to your liver. When it reaches your liver, it is then converted into a more potent form, which delivers a stronger high.

The delayed effect can sometimes mean people believe that it is not working on them and they end up consuming more to try to feel the effects. This means that they can end up taking too much and end up having a ‘bad trip’ – sometimes known as a ‘whitey‘. This is another one of the side effects of weed.

The high will usually reach its peak after 4 hours, however, you can expect to feel the side effects of weed for up to 12 hours after ingesting marijuana (4).

The Long-Term Effects of Marijuana Abuse 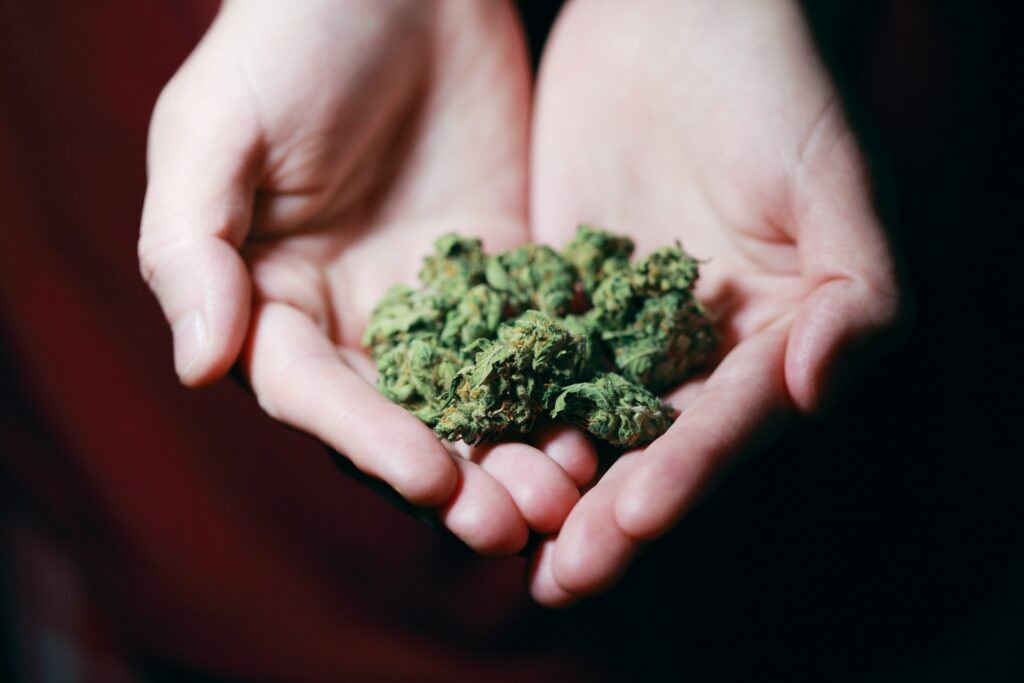 Because marijuana is so widely used in England and Wales, the effects of the drug are significant.

The first concern in long-term marijuana users is that they have likely developed an addiction to the substance.

An addiction is defined by a persistent and intense urge to engage in certain behaviours, and when someone has been using marijuana over a long period, they likely feel like they cannot function properly without it.

If someone is regularly smoking marijuana, they are at risk of lung and throat problems as well as persistent coughs. Cases of bronchitis are higher among those that regularly smoke marijuana than those that do not, and it also increases your risk of developing emphysema (5).

Long-term cannabis use does not only have detrimental effects on your physical health but also on your mental health. This is because the side effects of weed become a permanent part of your life.

Studies show that cannabis use can exacerbate psychotic disorders and create mood disorders as well as neurological impairments (6). 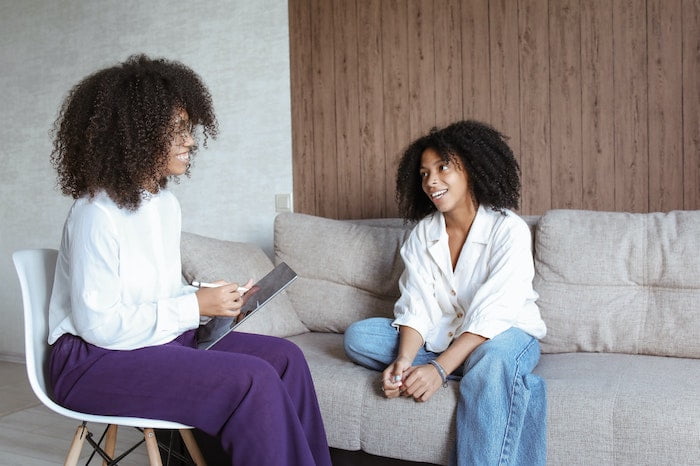 If you or someone you care about is showing signs of marijuana addiction, it is best to get them to help sooner rather than later.

Our team of friendly and knowledgeable addiction specialists are available 24 hours a day and we are ready to take your call.

We can answer any questions you have and help get you or your loved one the care and treatment needed to overcome the addiction safely and healthily.

[2] National Institute on Drug Abuse – What are marijuana’s long-term effects on the brain? – https://nida.nih.gov/publications/research-reports/marijuana/what-are-marijuanas-long-term-effects-brain

[4] Canadian Centre on Substance Use and Addiction – Cannabis: Inhaling VS Ingesting – https://www.ccsa.ca/sites/default/files/2019-06/CCSA-Cannabis-Inhaling-Ingesting-Risks-Infographic-2019-en_1.pdf

[5] National Institute on Drug Abuse – What are marijuana’s effects on lung health? – https://nida.nih.gov/publications/research-reports/marijuana/what-are-marijuanas-effects-lung-health

Wet Brain from Alcohol: Signs and Symptoms of Wernicke-Korsakoff Syndrome

Wet Brain is officially known and diagnosed by professionals as Wernicke-Korsakoff syndrome (WKS). It occurs when a person has a deficiency in thiamine (aka vitamin B1). This is therefore linked to poor nutrition. In the UK, this condition is found in people with severe alcohol use whereas in other parts of the world it also […]

What is Suboxone and How Does it Work?

Suboxone is the brand name for a combination drug made up of buprenorphine and naloxone and is most commonly used in the treatment of opioid addiction. Using medications to treat an opioid disorder is known by medical professionals as MOUD (medication for opioid use disorder) and studies show that this method of opioid addiction treatment […]